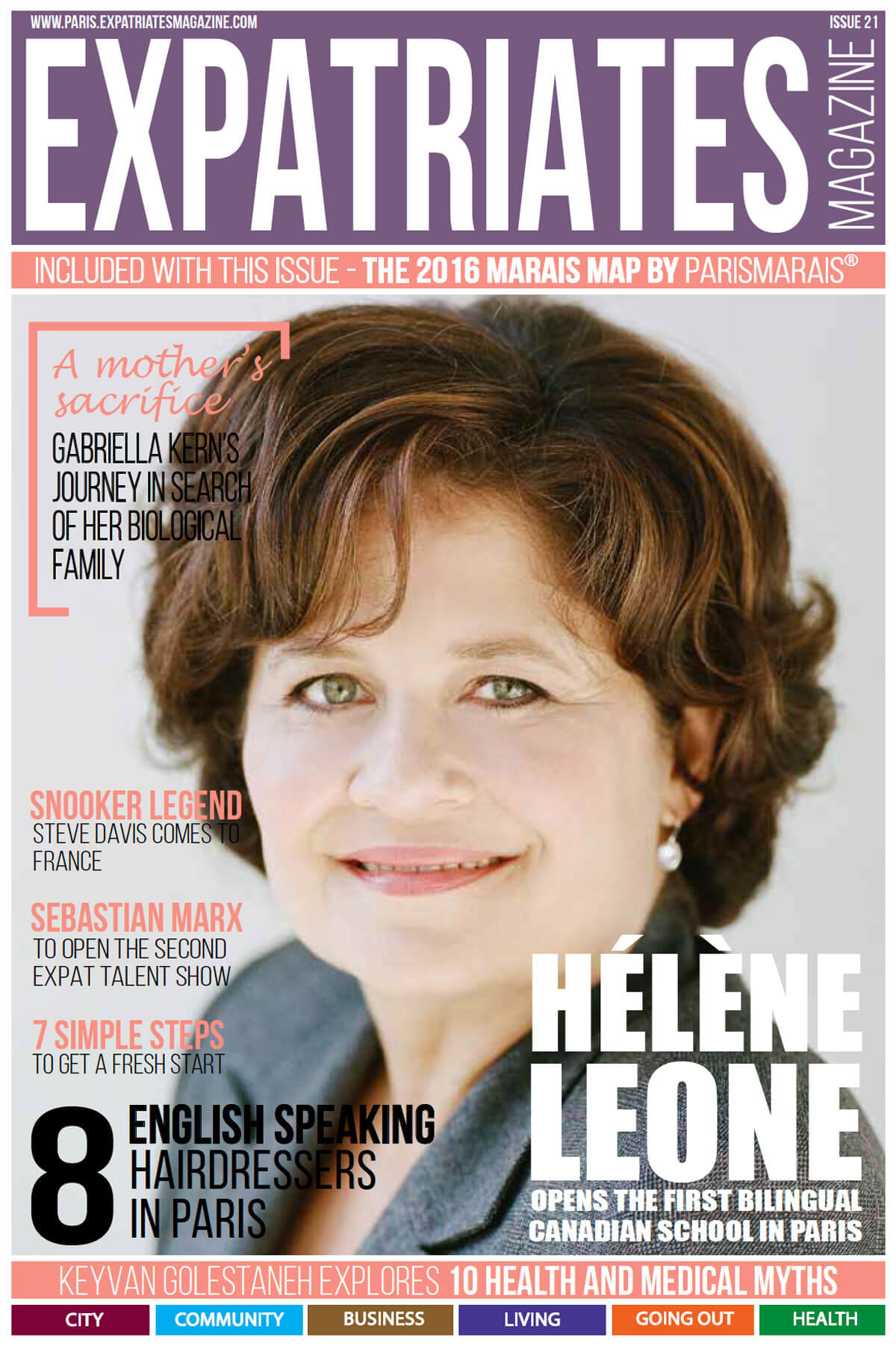 A piece of canada has com to the heart of paris with the arrival of the first offshore Canadian school in Europe. The Canadian Bilingual School of Paris opened its doors in September 2015 and has seen enrollment double in its first four months. The school has quickly caught the attention of the international community and we had the pleasure of meeting the founder and director Dr. Hélène H. Leone.

You haven’t just opened the first Canadian Bilingual School in Paris but the first in Europe! How did you have this idea?

My PhD research involved studying alternative school systems, especially related to bilingual language learning and the identity construction of students and I became very interested in the French international schools in Canada.

Following my research for the Office of the Commissioner of Official Languages, one of the French international schools asked if I would be interested in becoming a board member to help them integrate into the Canadian community as a French school. Once in that role I started to develop and nurture some very strong professional and personal friendships with members of the French community.

In doing that I took a sabbatical and I came to France, attended a couple of conferences and presented a few papers. I met members of the Canadian community in Paris, who were very supportive of the project. I asked them, “I see these American, British and German schools but where are the Canadian ones?” I couldn’t believe it when I was told that there weren’t any. With France and Canada sharing this common language I couldn’t believe it, so I went home and I thought about it. Time passed and a couple of years later I called my friend at the Canadian Embassy and said “Should I open this school?”

That was quite a project. How did you go about it?

Well, I’m an educator and I’ve spent my whole life being an educator. What I love to do is to work with students so it just seemed right to open a school. This would allow me to work with the community, to really become very close to the families and to answer their needs. I wanted to work with not only Canadian teachers, but also French.

It took two years to organise; getting approval from the British Columbia Ministry of Education, and organising the certification paperwork to reassure the embassy that this would be a truly legitimate, certified school. In November 2014 I finally got the approval and started marketing the school.

I decided that I would start very small, with a low number of students to make sure that we had a really solid start, and also to establish credibility and authenticity – not only at the community level and the diplomatic level, but also in terms of the families, children and teachers. So I created an authentic and credible space where we could prove ourselves, and I’m glad we did.

How does the Canadian School differ from other schools?

One thing the Canadian education system does really well is we know how to take students with weaker language skills, integrate them into a mainstream classroom and allow them to learn the language through their education. Each subject is taught in both languages. The children are enrolled in a bilingual program, which means that some of their courses are taught “en français” and some are taught in English. For example: Monday they’ll do math in French, Tuesday they’ll do math in English. Every subject is taught in both languages, and that allows pupils to think about everything both ways. You start to see that the students will flip languages in the middle of a sentence, and that’s a good thing.

Regarding the language teaching, do you teach French the way it is spoken in France or Canadian French?

Well the way we speak with the accent is just oral, and the accent that we speak with is something very natural, it’s physiological and it’s physical, so we have both. In terms of the writing, we teach the international “français standard”. We offer both French literature as well as Canadian literature. Our social studies courses are Canadian history, Canadian politics as well as French history and French politics. Our French teachers teach the French perspective and our Canadian teachers teach the Canadian perspective. So the students hear and see the different French varieties.

The beauty of it all is that students get to realise very quickly that, yes, they speak with different accents but we all speak the same language, and they start to appreciate the diversity of a specific language. To reassure families here, all of our French language courses are taught by French teachers who have been certified here, and our English courses are taught by native English speakers from Canada.

How has the international schooling community welcomed you?

I’ve met with all of the directors of other international schools here, who have been very gracious and welcoming, because we offer different things, so we’re not really competitors.

What’s next for the school?

I’m proud to say we are now receiving enquiries every day and already have 40 students enrolled for September before we even begin our enrollment campaign. If we want to accommodate and meet the demand, we have to expand, be it gaining more floors in our existing building or actually finding another location, so that’s where we’re headed. What’s exciting now is that before it was me reaching out to families, but now we have a real presence.

French and expat families are reaching out to us, embassies are calling us, asking for information about the school so that they can add us to their list of international schools.